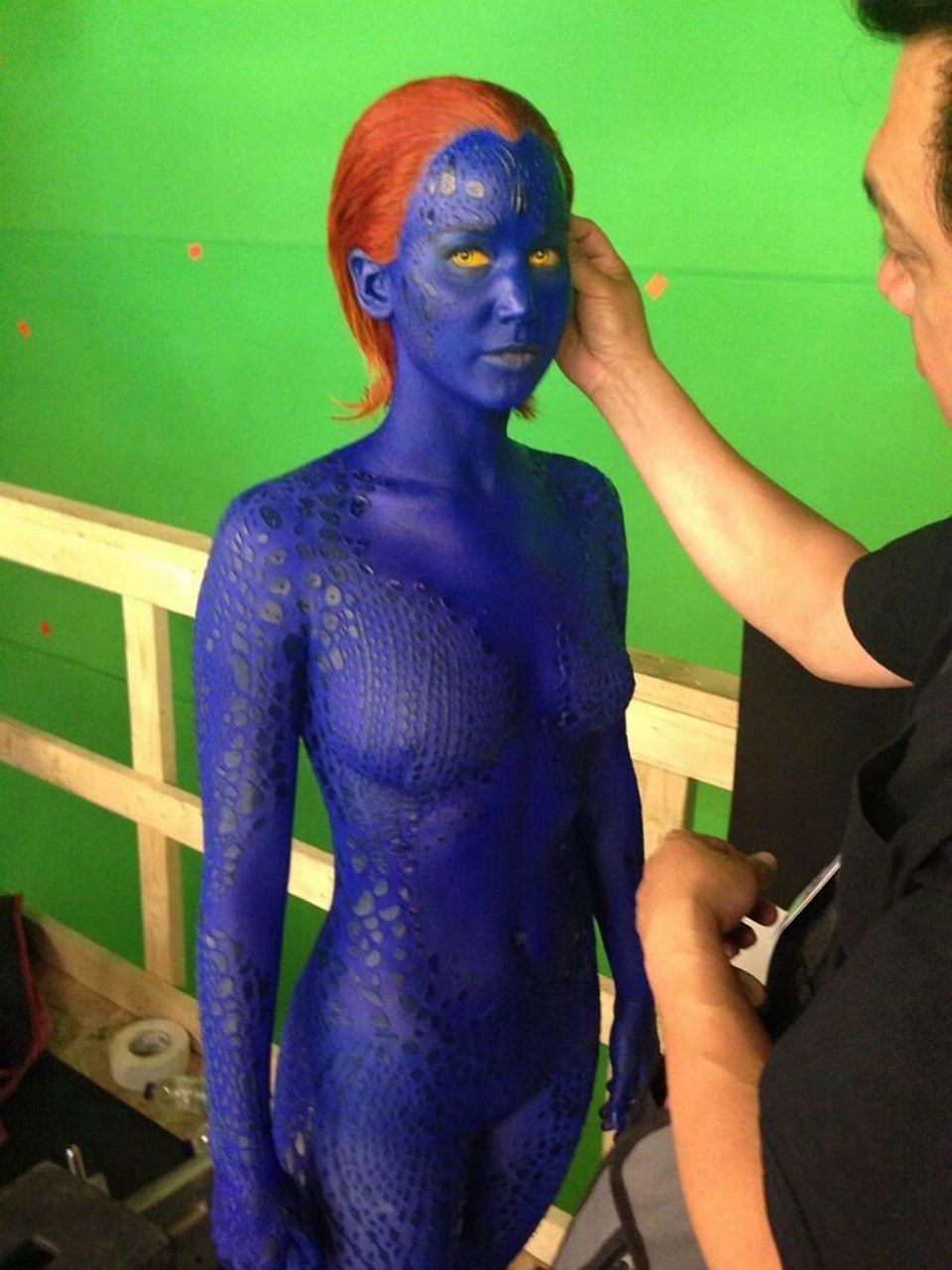 Jennifer Lawrence will be playing the part of Mystique in Bryan Singer’s upcoming film, X-Men: Days of the Future Past. We all remember this role was previously portrayed by supermodel Rebecca Romjin. Singer recently tweeted this image of Lawrence as she prepares for her role as the blue, shape-changing Mystique.