Infographic: The Length of All Star Wars Lightsaber Duels 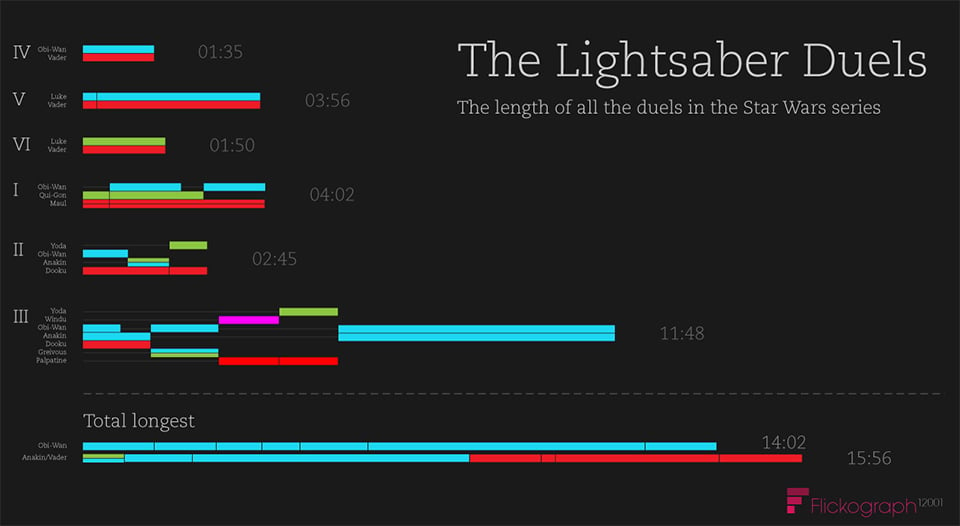 This Flickographic by Matt Isherwood displays the length of each lightsaber duel in the Star Wars films. Beginning with the first duel seen on screen, Obi-Wan Kenobi fighting Darth Vader in Episode IV, with a duration of 1:35 through Luke Skywalker against Darth Vader in Episode V and on to the longest lightsaber fight of all, with Yoda, Windu, Obi-Wan Kenobi, Anakin Skywalker, Count Dooku, General Grievous, and Supreme Chancellor Palpatine in Episode III which comes in at a sweat-inducing 11:48.

As the lightsaber battles progressed through the films they got longer, but they seemed get less believable and more poorly choreographed.