Moon Explosion So Bright It Could Be Seen on Earth 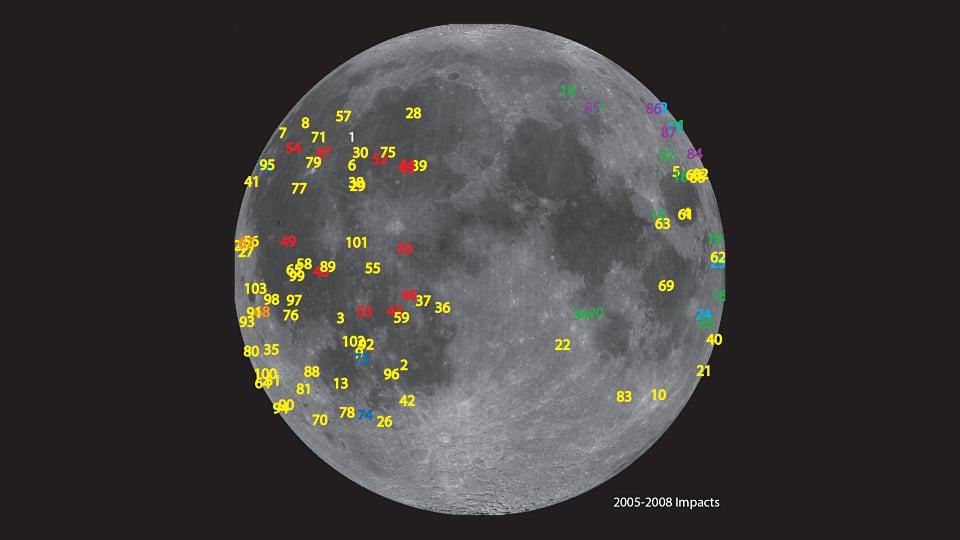 Meteoroids hit the surface of the Moon regularly and NASA has been monitoring the impact and resulting explosions for years. Hundreds of detectable impacts occur every year. NASA has just reported seeing the biggest explosion in the history of the program. On March 17, 2013, a 40 kilogram meteroid about the size of a small boulder hit the Moon’s surface and exploded in a flash nearly 10x brighter than any seen before. If you had been looking at the Moon during that time, you could have seen the impact without a telescope. At impact, the meteoroid was traveling 56,000 miles per hour and the impact was equivalent to five tons of TNT.