The Chiodo Bros., the team behind special effects in  Killer Klowns from Outer Space and Team America: World Police sit down with the Stan Winston School to discuss their latest project: a full-size walk-around Parasaurolophus dinosaur, “Lily,” they are creating for the Santa Barbara Zoo. Lily is over 10 feet tall and 20 feet long and weighs about 75 pounds (excluding the puppeteer).

Lily walks around the Zoo and interacts with children. The Chiodo brothers explain the challenges they faced having a real-world puppet that is out among groups of people and has to perform day after day and not just for a few days during a movie shoot. They also talk about the connection to a film that’s done with traditional stop-motion animation versus a full CGI film. 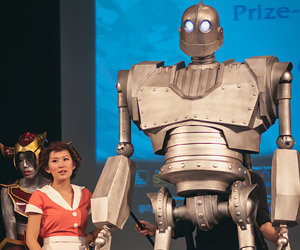 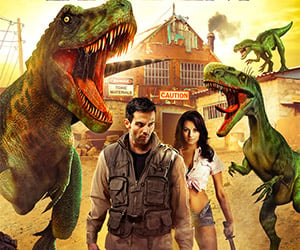 The Dinosaur Experiment: Jurassic Park in the Desert 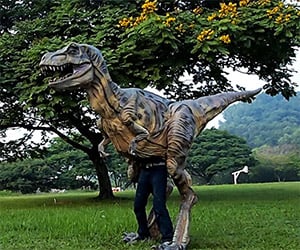