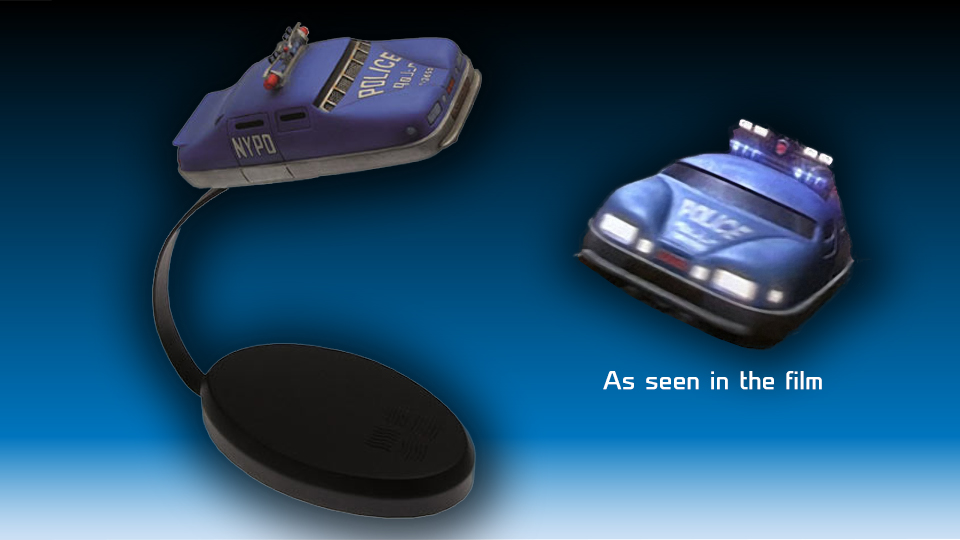 The flying cars in The Fifth Element were an unforgettable part of a science fiction movie that has arguably become a classic. Starring Bruce Willis, Milla Jovovich, Gary Oldman, the film is worth seeing more than once. Korben Dallas (Willis) has many encounters with the law enforcement community during the film and, in one scene, is involved in a police chase through the air with Dallas’s flying taxi fleeing from the flying squad car. You can now have your own flying police car statue, based on those seen in The Fifth Element. This limited, 444 piece edition statue is 8″ in length and, thanks to the display stand, will appear to fly over your desktop.

Available now for pre-order with shipping in June.