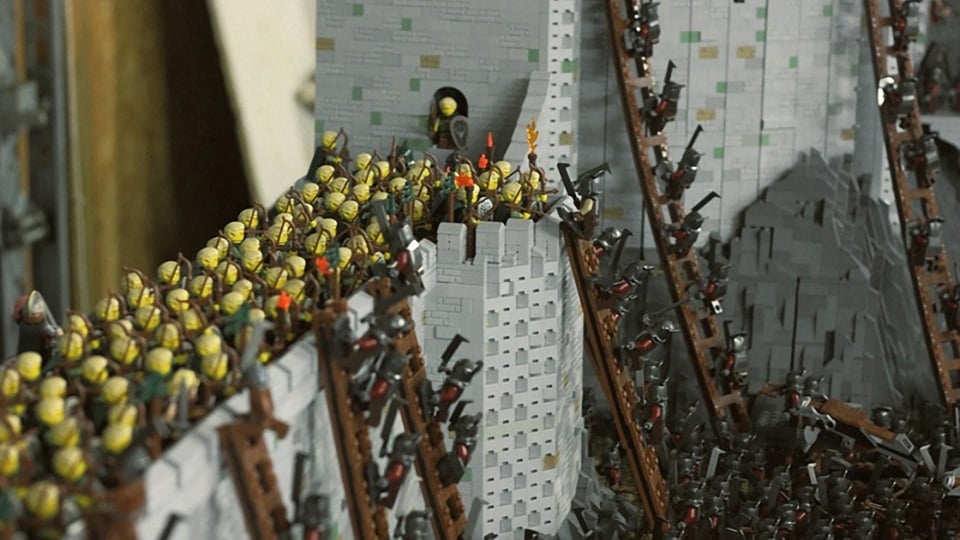 Can you believe this Battle of Helm’s Deep LEGO creation, based on the battle from the Lord of the Rings, The Two Towers as depicted in Peter Jackson’s film adaptation. The battle begins with 10,000 of Saruman’s Uruk-hai attacking Helm’s Deep, which is defended by 300 Rohirrim. The Rohirrim are joined by a large number of elves, led by Haldir and finally by Gandalf an an army of about 2,000 Riders. This LEGO creation consists of about 150,000 bricks and 1,700 minifigures. And the creators consider it “about 90% complete.” 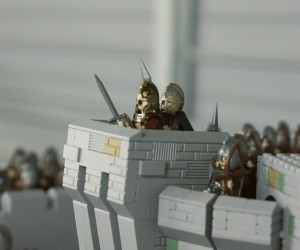 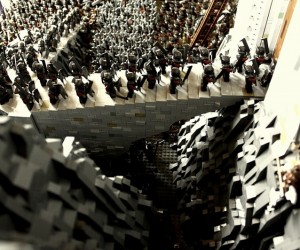 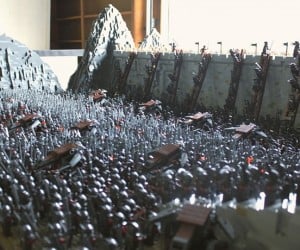 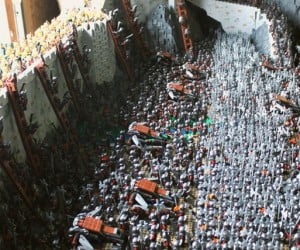 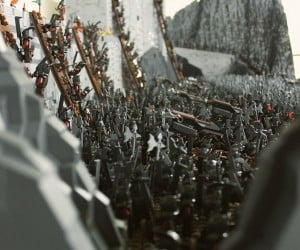 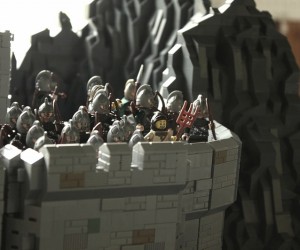 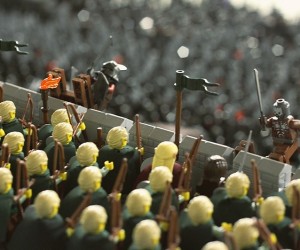 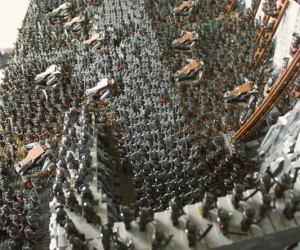 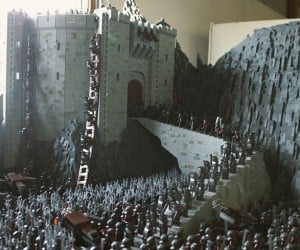