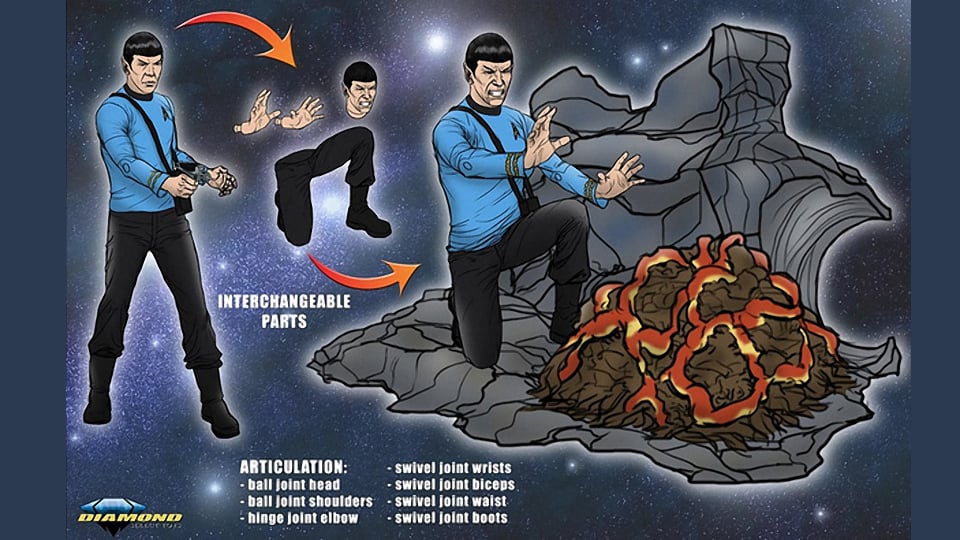 In the classic episode of the original Star Trek television series, The Devil in the Dark, the crew investigates reports of a monster living deep in the mining tunnels of the planet Janus VI. When they discover a creature known as the Horta, Mr. Spock attempts to Vulcan mind meld it in order to communicate and resolve a conflict between the Horta and the miners. Now Diamond Select Toys has introduced an action figure based on that episode including Spock and the Horta. The figure includes two sets of legs and hands for Spock, so he can be standing and exploring the planet or kneeling as he executes the mind meld. The set also includes a phaser and tricorder.

The figure set is expected to be available in September. 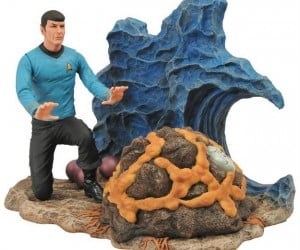 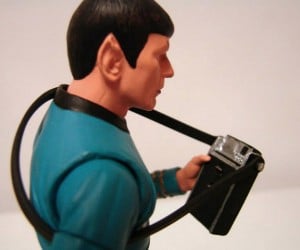 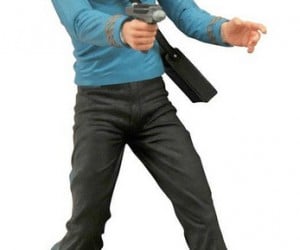 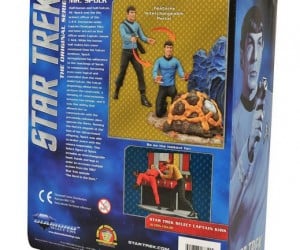 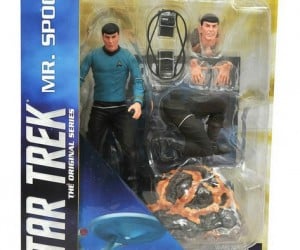 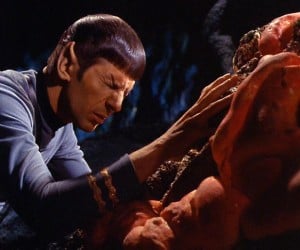