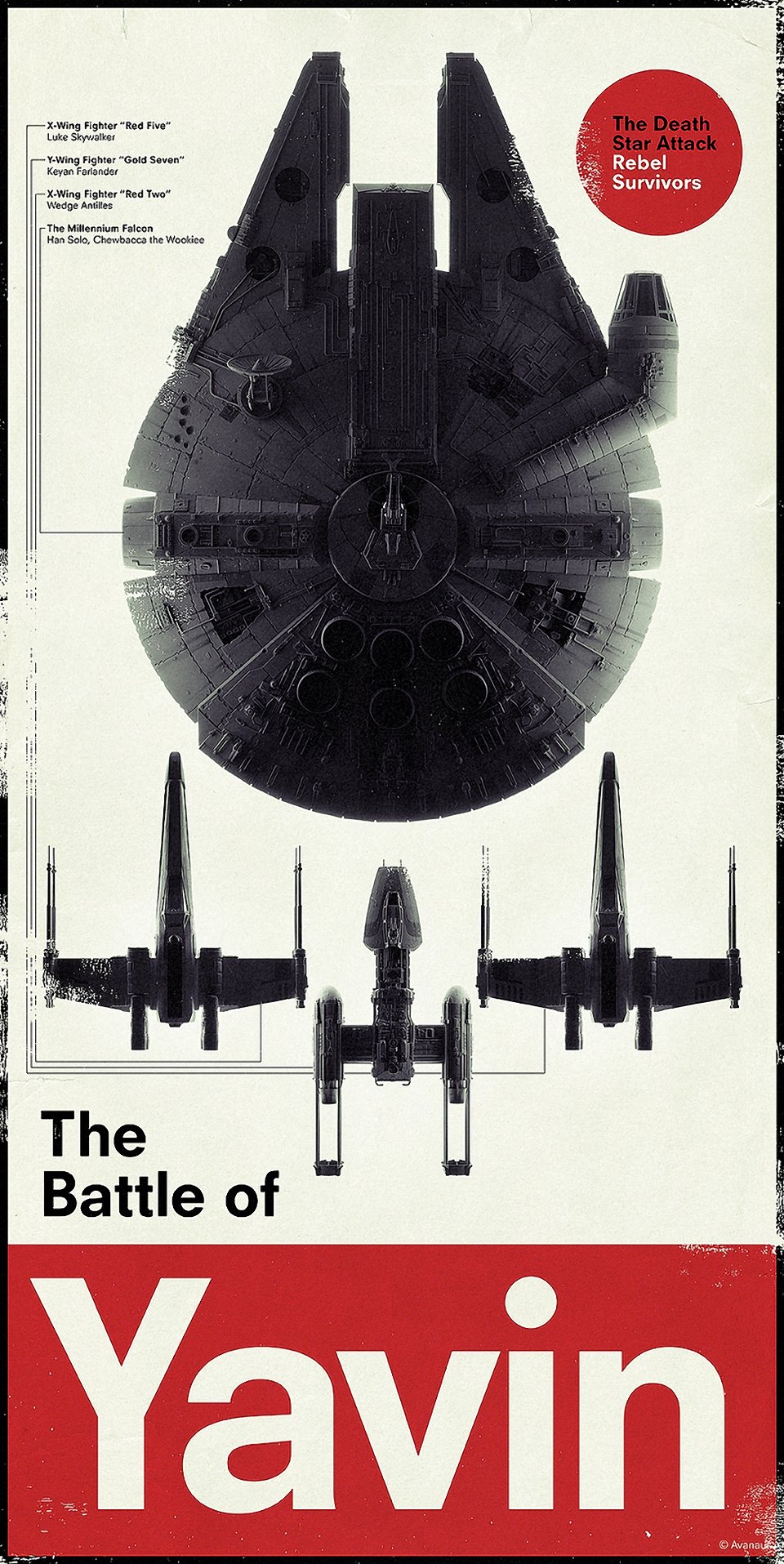 The Battle of Yavin has been the subject of other Star Wars fan posters. Now Vesa Lehtimäki (Avanaut) brings his own take on the theme with this poster containing three scale models: the Finemolds’ 1/72 Millennium Falcon and Y-wing fighter paired with an old doubled MPC X-wing. He’s scaled them to about the same size in the poster. The poster depicts Luke Skywalker’s X-Wing Fighter, Keyan Farlander’s Y-Wing Fighter, the X-Wing Fighter of “Red Two” and, of course, the Millennium Falcon.