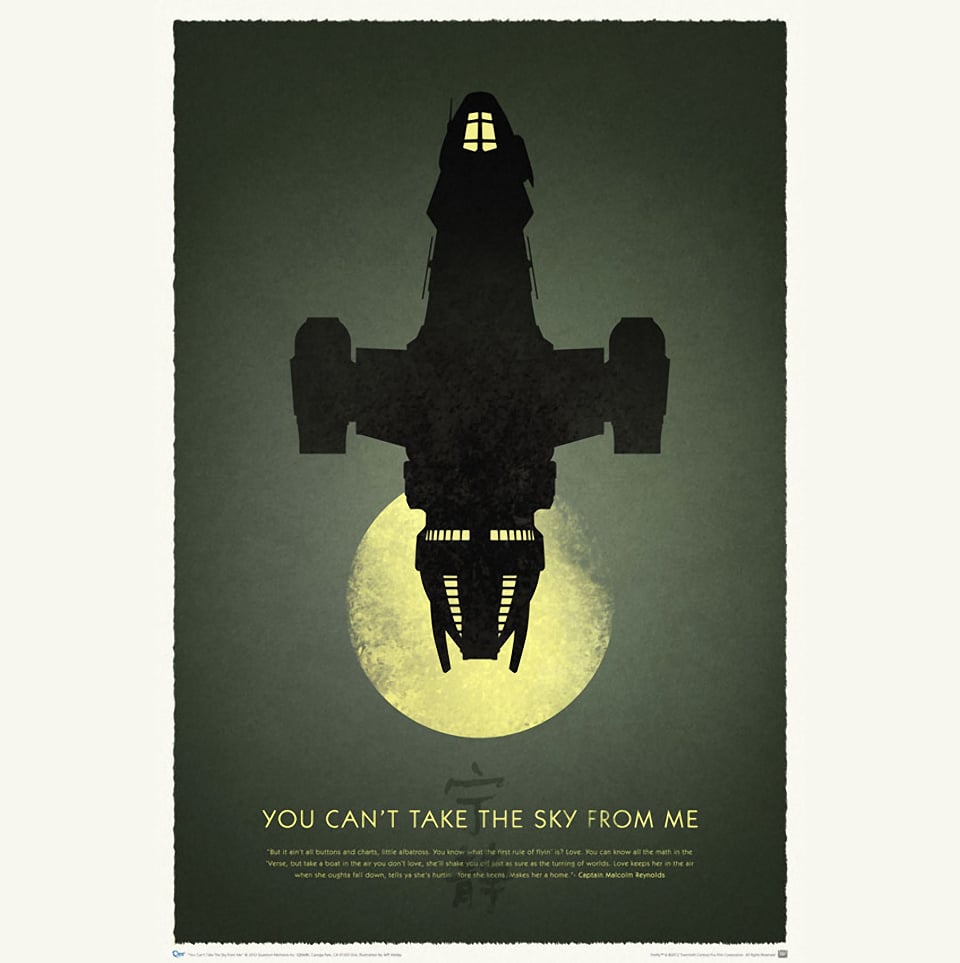 We recently featured a Doctor Who print by artist Jeff Halsey celebrating Doctor Who‘s 50th anniversary. Turns out Halsey did another print late last year commemorating Firefly‘s 10th anniversary. Unfortunately, unlike Doctor Who, Firefly is no longer an ongoing franchise, but we can still celebrate the show with this art print.

The print contains the following quote from Captain Reynolds speaking with River Tam, paraphrased a bit from the 2005 movie, Serenity: “But it ain’t all buttons and charts, little albatross. You know what the first rule of flying is? Love. You can learn all the math in the ‘Verse, but you take a boat in the air that you don’t love, she’ll shake you off just as sure as the turning of the worlds. Love keeps her in the air when she oughta fall down, tells you she’s hurtin’ ‘fore she keens. Makes her a home.”

The Firefly 10th Anniversary Celebration lithograph is the same size as a movie one-sheet – measuring 27″ x 40″ – and is printed on 100-pound, satin-finish paper.