Earth’s Place in the Universe 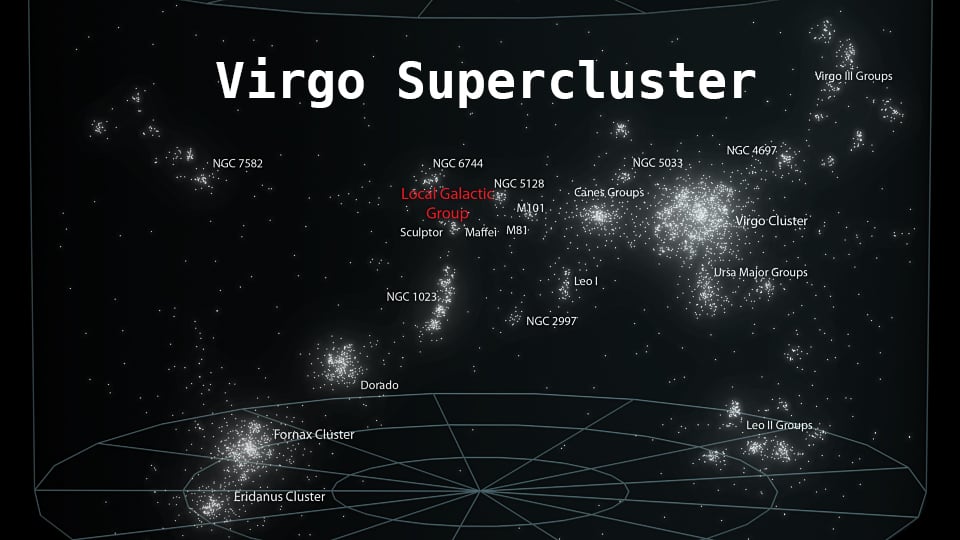 400 years of telescopic observations have allowed us to develop a pretty good idea of where Earth is located in the universe. Initially, it was believed that Earth was the center of the universe, which at that time only extended to the visible planets and an outlying sphere of what appeared to be fixed stars. The heliocentric model of the Solar System was largely accepted in the 17th century and observations since that time have shown that our Sun is part of a vast, disc-shaped galaxy we call the Milky Way and that there are billions of other galaxies in the universe, grouped into clusters and superclusters.

My Science Academy has a graphical view of where Earth lies in the vast realm of the universe, from our Solar System, our solar interstellar neighborhood, to the Milky Way Galaxy to the Virgo Supercluster and our place in the complete known universe. Although we are slightly disappointed they didn’t label any of the maps with a “You Are Here” arrow.