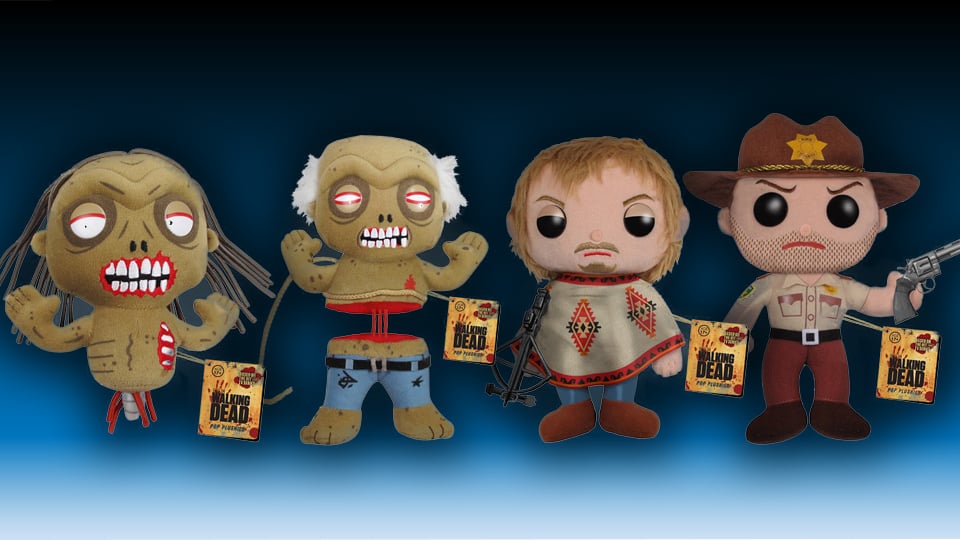 These four new plushies are based on the AMC television series The Walking Dead. Choose from one of the survivors, Rick Grimes carrying his revolver or Daryl Dixon and his trusty crossbow. Or grab a zombie, the Well Zombie, featured in the Season 2 episode Cherokee Rose where its body was pulled in half with a rope as it was pulled out of a pit, or the Bicycle Girl zombie from Season 1 Days Gone Bye which is the first zombie Rick encounters after emerging from the hospital and later returns to put a bullet in her head.

Preorder now for delivery in July.