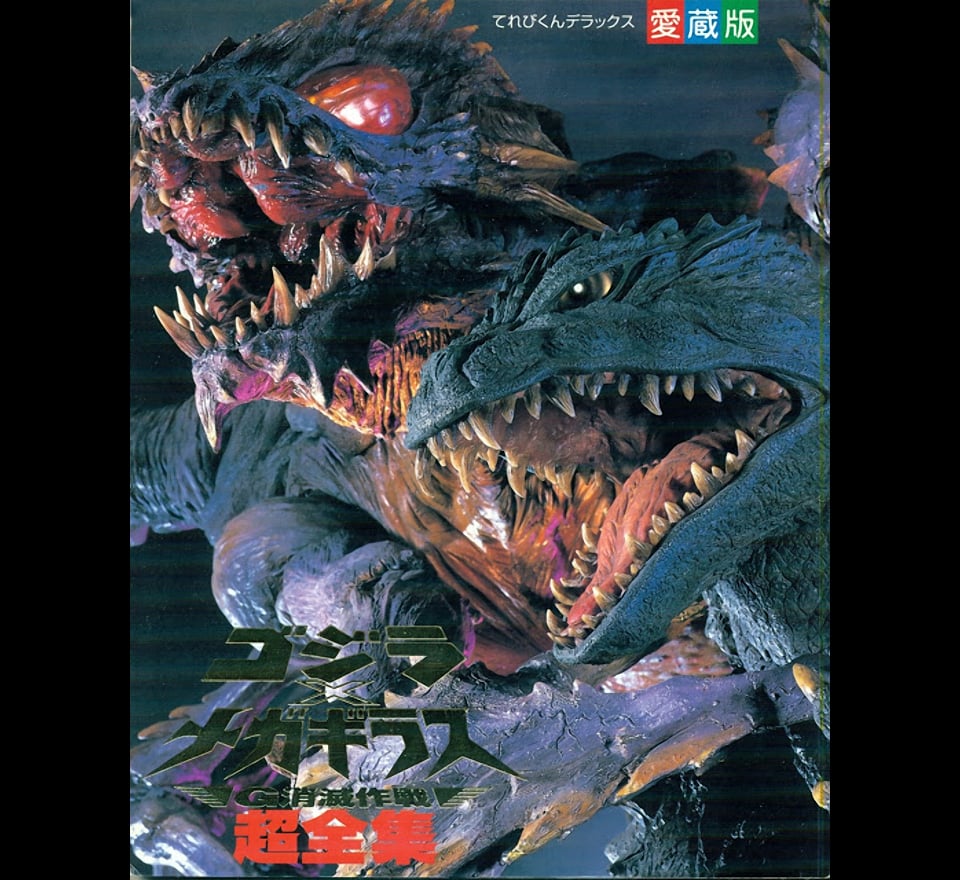 In January 2001, Japanese publisher Shogakukan published a photo book based on the 2000 Toho feature film, Godzilla x Megaguirus: G Annihilation Strategy. The book is currently out of print, but you may still be able to find a copy on eBay (ISBN 4-09-101475-5). )We recently located a listing for the book with a price of just $14 plus shipping.)

Monster Island News has a nice write-up about the book and, in particular, a bit of information about the Godzilla Week ceremony that was scheduled to take place in Hollywood in July of 2000 to coincide with the upcoming Godzilla 2000 film. Apparently, Toho was sending a Godzilla suit for use in the event, but Sony/Tri-Star Pictures filed a lawsuit stating that they had the publicity rights to Godzilla 2000 and the monster suit “detracted from the grandeur of Godzilla.” The event went ahead without the suit, but Godzilla 2000 only earned $10 million at the box office.