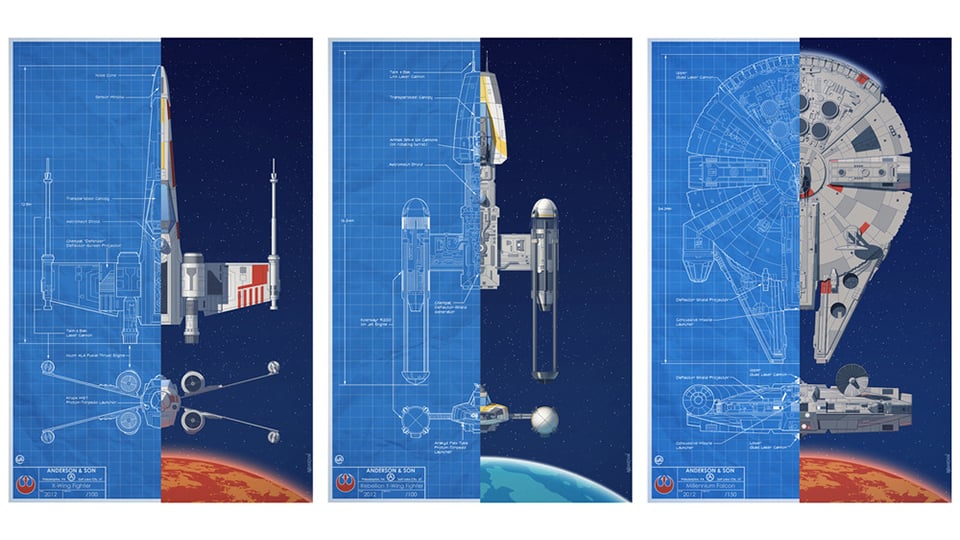 Artist Timothy Anderson created this series of Star Wars starship prints in collaboration with his father, Will Anderson. The prints commemorate the Battle of Yavin, which was a major battle of the Galactic Civil War that led to the destruction of the first Death Star. The battle was depicted on film in Star Wars Episode IV: A New Hope. The prints include a depiction of some of the starships that were involved with the battle as well as schematic blueprints of the ship. The three-piece set also shows the Millennium Falcon, but that does not appear to be available separately.

Each print is 12″ x 18″ high quality lustre paper and is available for purchase, with quantities limited. 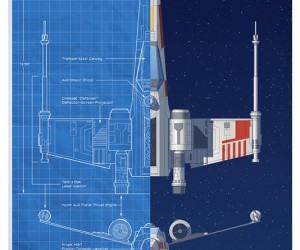 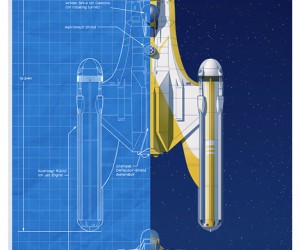 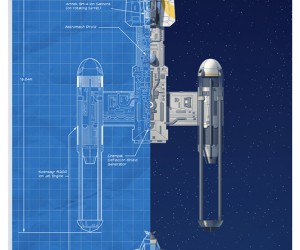 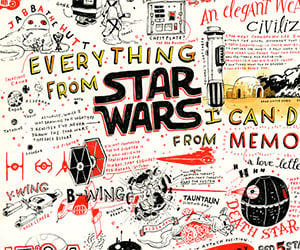 Everything from Star Wars Drawn from Memory 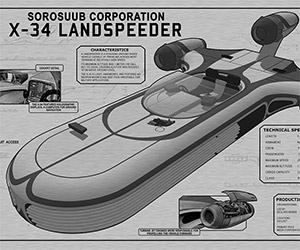 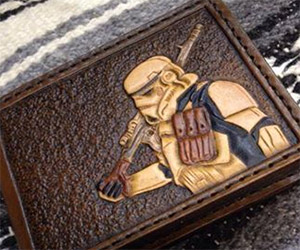