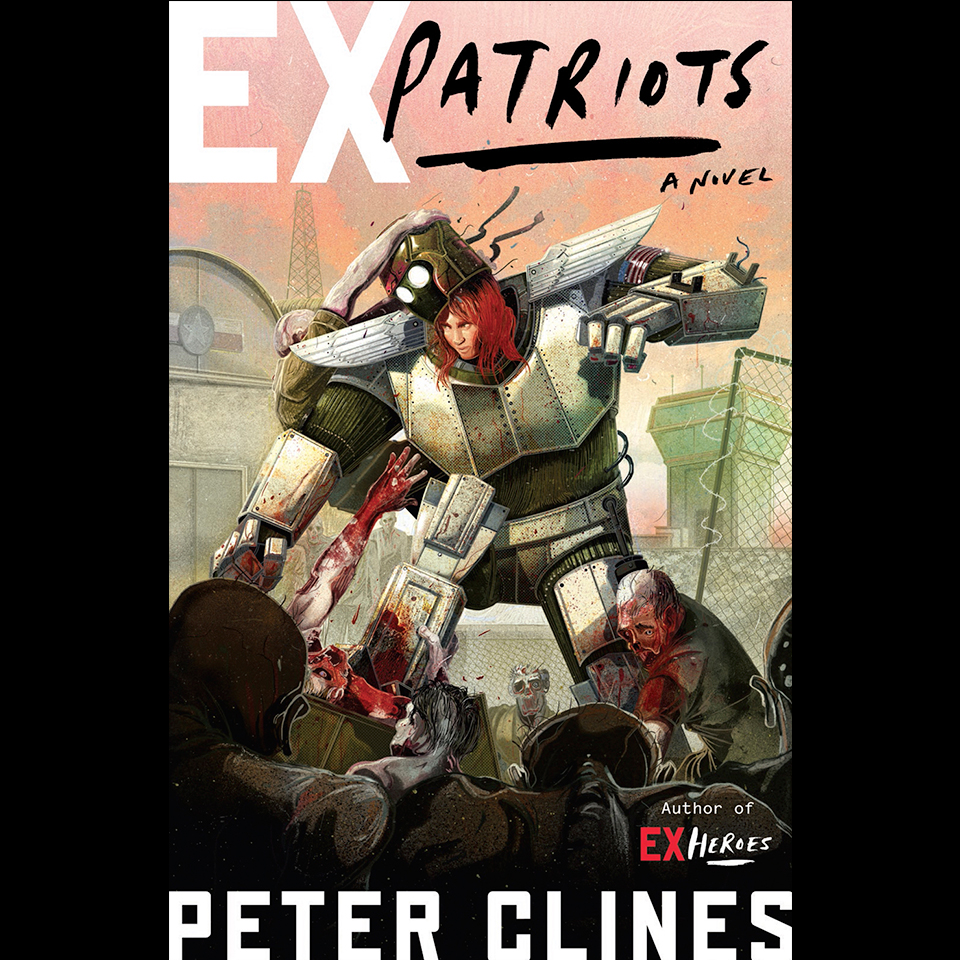 It’s been two years since the plague of ex-humans decimated mankind. Two years since the superheroes St. George, Cerberus, Zzzap, and Stealth gathered Los Angeles’s survivors behind the walls of their fortress, the Mount. The same cast of brilliant original superheroes from Ex-Heroes returns (including Zzzap, who is able to transform into white-hot energy, power a small city, and transmit messages directly to phones and radio, among his other talents), along with expert thriller plotting, cinematic action scenes, and tons of fun geek and pop-culture references (and set in L.A., where a number of celebrities make rather humorous cameos as zombies), Ex-Patriots is one of those rare sequels that is even more gripping than the first and is sure to establish Clines as one to watch for fans of such hits as Watchmen, World War Z, and Ready Player One.

But, hey, don’t take our word about why you should be excited about the release of Clines’s second novel in the series. Here’s what a couple respected experts in the field had to say about Ex-Heroes:

Ernest Cline, New York Times bestselling author of Ready Player One praises Ex-Heroes: “I loved this pop-culture-infused tale of shamed superheroes struggling to survive a zombie apocalypse in the ruins of Hollywood. It’s The Avengers meets The Walking Dead with a large order of epic served on the side.”

Wired describes Ex-Heroes as: “A novel that will take you on a wild and heartwarming ride. . . . [a] creative zombie story, with in-depth characters, and filled with humor, action, and gruesome fight scenes . . . the final clash made my heart race in ways seldom accomplished by a book.”

Ex-Patriots will go on sale tomorrow, April 23. Check back with us for a giveaway of an autographed copy to coincide with the release.

While you’re waiting for the release, Download an exclusive MightyMega excerpt of Ex-Patriots here.