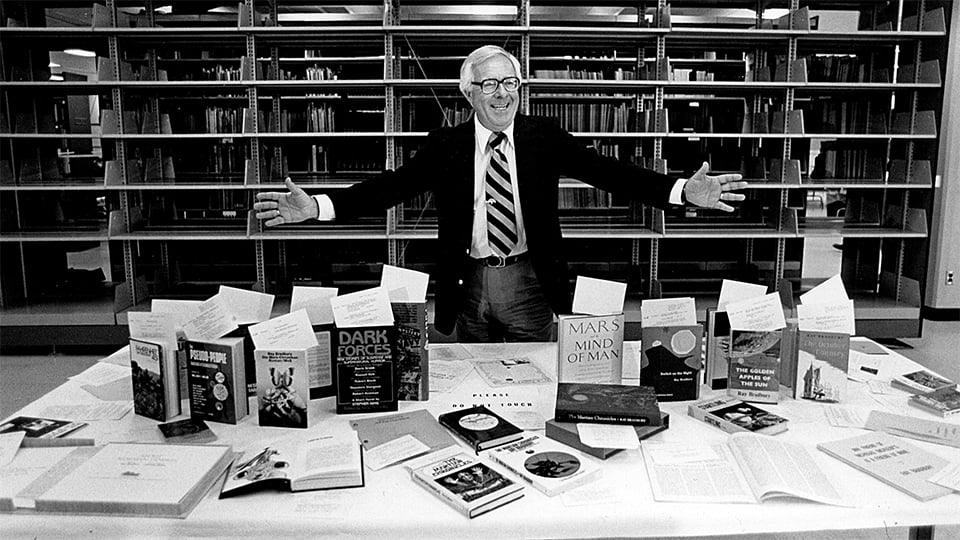 Famed science fiction writer Ray Bradbury, perhaps best know for his novels, including Fahrenheit 451 and Something Wicked This Way Comes, and his many short stories, passed away in June 0f 2012. As e-book readers become more widely available, Bradbury was approached on three separate occasions to allow his books to be published on those devices. Yet, on all three occasions, Bradbury told each of them to go to hell. In fact, he specifically told Yahoo, “Prick up your ears and go to hell.”

Now, it seems Bradbury’s estate has agreed to make his catalog of works available to all readers: traditional print readers and the new generation of digital readers. Bradbury’s publisher, William Morrow, has begun adapting his works, and titles will begin being available on the following dates:

April 16: Bradbury Speaks, Death Is a Lonely Business, A Graveyard for Lunatics, Now and Forever, One More for the Road, Green Shadows, White Whale.

April 30: The Illustrated Man, Quicker Than the Eye, Driving Blind, The October Country, The Cat’s Pajamas, Let’s All Kill Constance, A Medicine for Melancholy and Other Stories.

We are curious whether Fahrenheit 451 will be renamed to reflect the melting point of a Kindle.