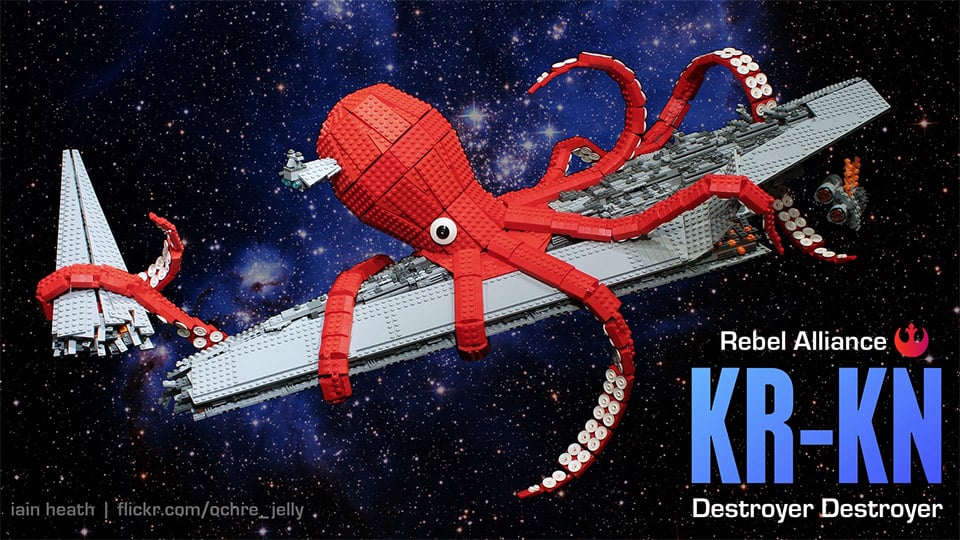 Iain Heath was tired of hearing how the LEGO Star Wars Star Destroyer was too dull and grey, so he decided to liven it up a bit with a giant Space Kraken, the “KR-KN”. According to Heath, the development of the KR-KN super weapon was the Rebel Alliance’s response to the Empire’s fleet of Venator-class super star destroyers. The Space Kraken is under the Alliance’s control as a result of a supercomputer attached directly to the monster’s brain. Sadly, many brave Ewok pilots were unwillingly sacrificed to accomplish this difficult task.