Is This the Ring Tolkien’s “One Ring” Was Based On? 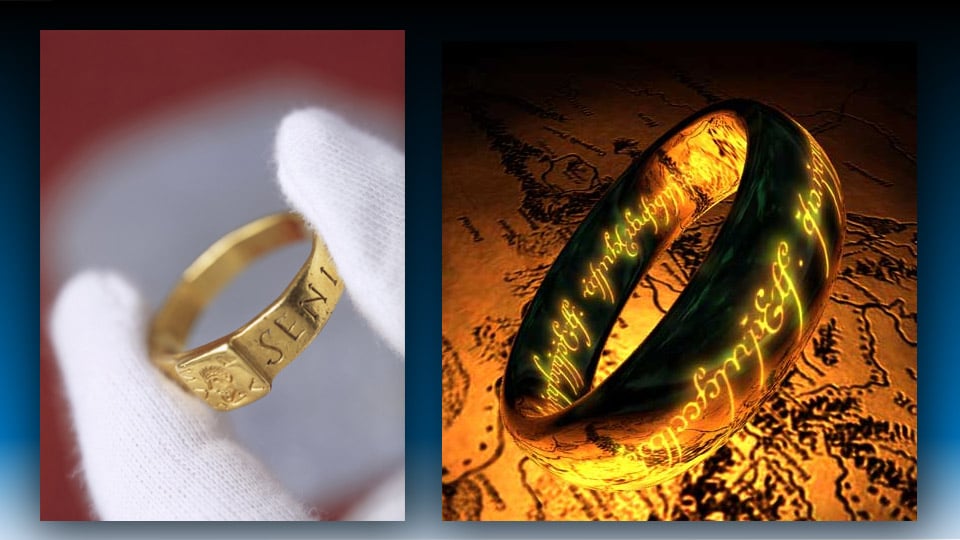 NPR’s Morning Edition interviews Dave Green, the man who manages The Vyne, the English estate where the ring is now on display. The gold, Roman ring was inspected by Tolkien just a couple years prior to his writing of The Hobbit. This Roman ring, which may have inspired Tolkien, was found in the 1700’s and is inscribed with the artist’s name and the words, “Live Long in God.” There was also a “cursed” tablet found nearby that mentions the ring and calls on a Roman god to punish the person who stole it. Green says he’s never put the ring on and, apparently, has not yet felt compelled to cast it into a nearby volcano. Listen to the full interview at NPR.