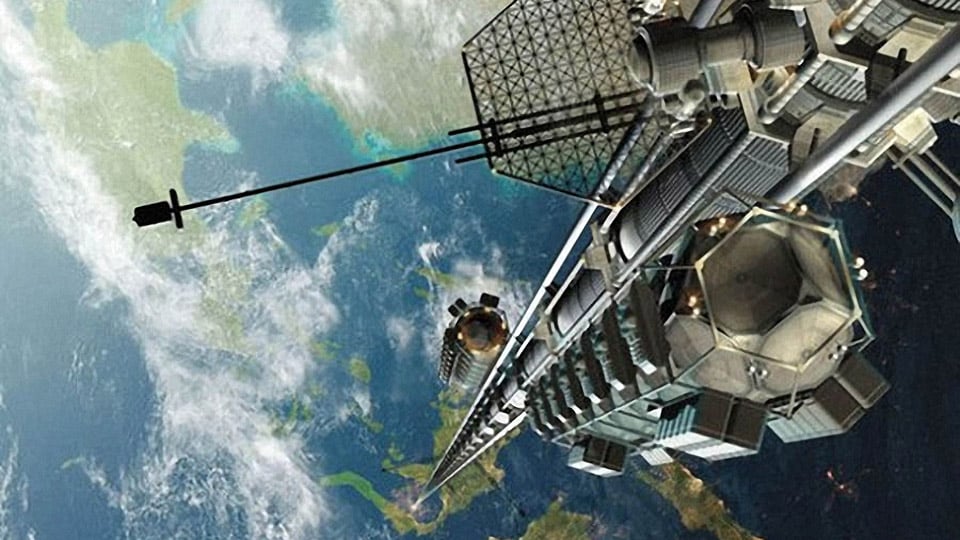 Even the least expensive rocket costs a staggering $16,700 to get each kilogram of cargo into orbit. For that and other reasons, a space elevator, popularized by Arthur C. Clarke in Fountains of Paradise, has a certain appeal. To begin with, the risks associated with a rocket launch are eliminated and the entire solution is far more elegant than the brute force of a rocket pushing into space through a controlled explosion. A space elevator is essentially a cable stretching from the Earth’s surface into orbit. A counterweight and centrifugal force keep the top end of the cable from crashing back down to Earth. David Horn of the International Space Elevator Consortium (ISEC) suggests one could ride the space elevator for the cost of an airline ticket. And sending a kilogram of cargo into space may cost just $100.

The engineering challenges are awesome. The right material — one capable of extending to 62,000 miles and yet be light, strong, and flexible — is an enormous challenge. The current favored material is carbon nanotubes. Made up of interlinking carbon atoms, rolled up into a cylinder, each carbon nanotube is around a millionth of a millimeter in diameter. Take a look at the entire article to see some of the other challenges involved. In the end, the author believes that regardless of the obstacles, space elevators are certainly possible and perhaps also inevitable