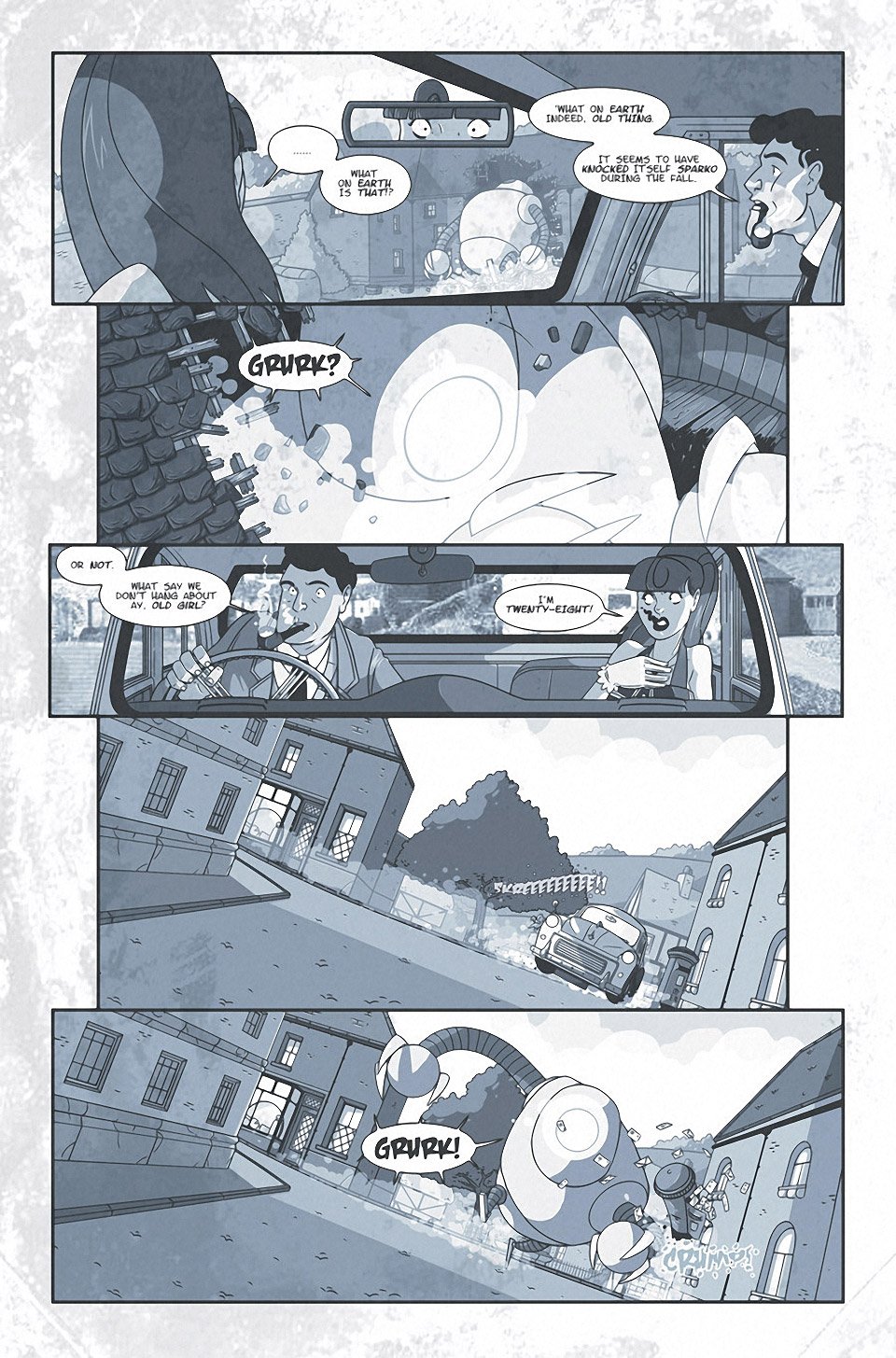 Titan Comics has announced a new creator-owned series, “It Came!” The four-issue series is being created by British cartoonist and comics artist, Dan Boultwood, and will be done in classic B-movie style. The first issue in the series will be available on August 7, 2013.

Boultwood describes the concept as being based on the discovery of the archives of a British movie studio containing a stack of low-budget 1950’s movies. Based on Boultwood’s Deviantart gallery of the first few pages of the story, it appears to be based on the premise of a giant robot attacking an innocent city. We here at MightyMega can certainly support that.