Quantum Teleportation Over a Record Distance 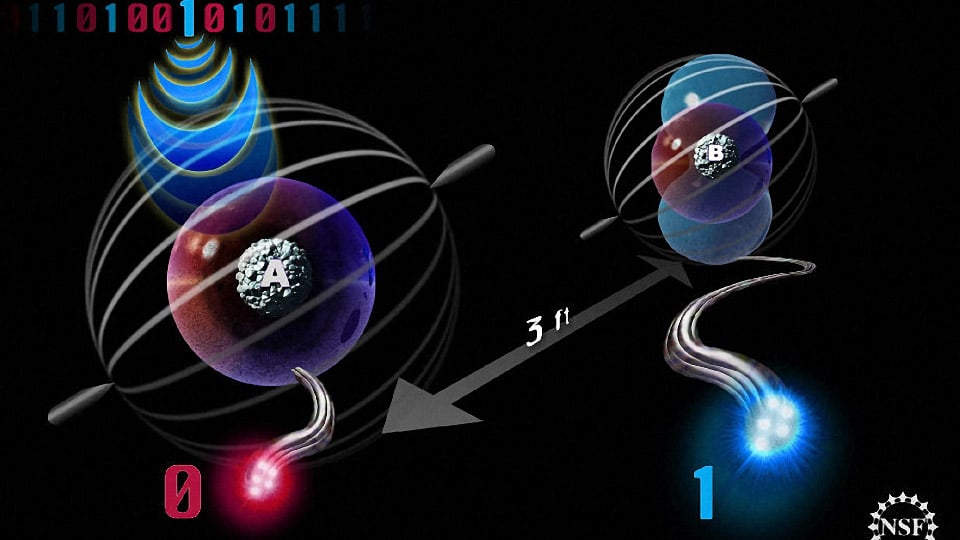 Two teams of scientists have been able to achieve quantum teleportation at record distances. Quantum teleportation occurs when two entangled quantum particles share an invisible link across space. In the August 9 issue of Nature, a Chinese team reported achieving quantum teleportation across Qinghai Lake in China, a distance of 97 kilometers. In a paper posted May 17 (but not yet peer reviewed), a European and Canadian group claims to have teleported information from one of the Canary Islands to another, 143 kilometers away. Of course, this isn’t yet the actual teleportation of matter, but there is a communication of sorts happening, which is pretty amazing.

(Insert reference to “There’s no intelligent life here” or “Beam me up, Scottie,” as you prefer.)