Are We Alone? Calculate the Probability 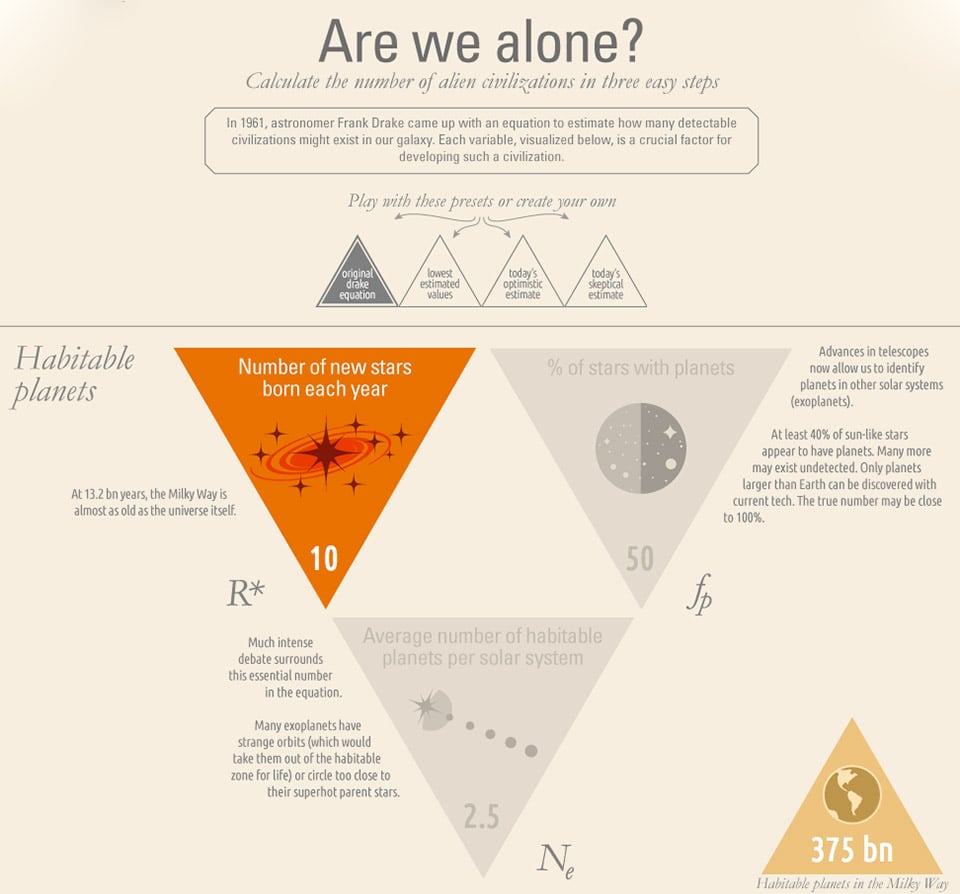 The BBC has provided an interactive model illustrating The Drake Equation. You can change the different factors yourself and see the results. Drake initially estimated that, given the uncertainties, there were probably between 1,000 and 100,000,000 civilizations in the Milky Way with the ability to communicate with us. According to the BBC, the “today’s skeptical estimate” is one communicating civilization in the Milky way and 78 billion in the entire universe.