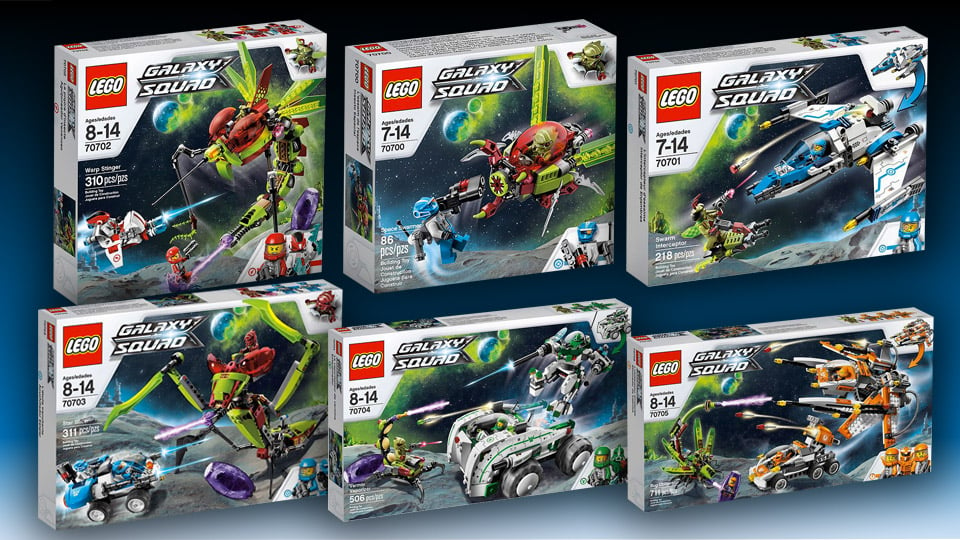 LEGO recently announced a new line of LEGO products: Galaxy Squad. The sets are split into different factions: The Squad is comprised of the human space travelers and their robotic companions. The Squad is also divided into the Red, Green, Orange, and Blue teams, each with its own strengths and weaknesses. The Orange Team, for example, are very loyal to each other and love the fame and glory that comes with being Galaxy Squad heroes. They bring along an armored rover, the Bug Obliterator, to the battle to defeat the aliens. The aliens who are at war with the Squad include Space Swarmers, Warp Stingers and Alien Dragonflies. LEGO has already announced a mobile game and Web game to accompany the series.