Distances Driven on Other Worlds 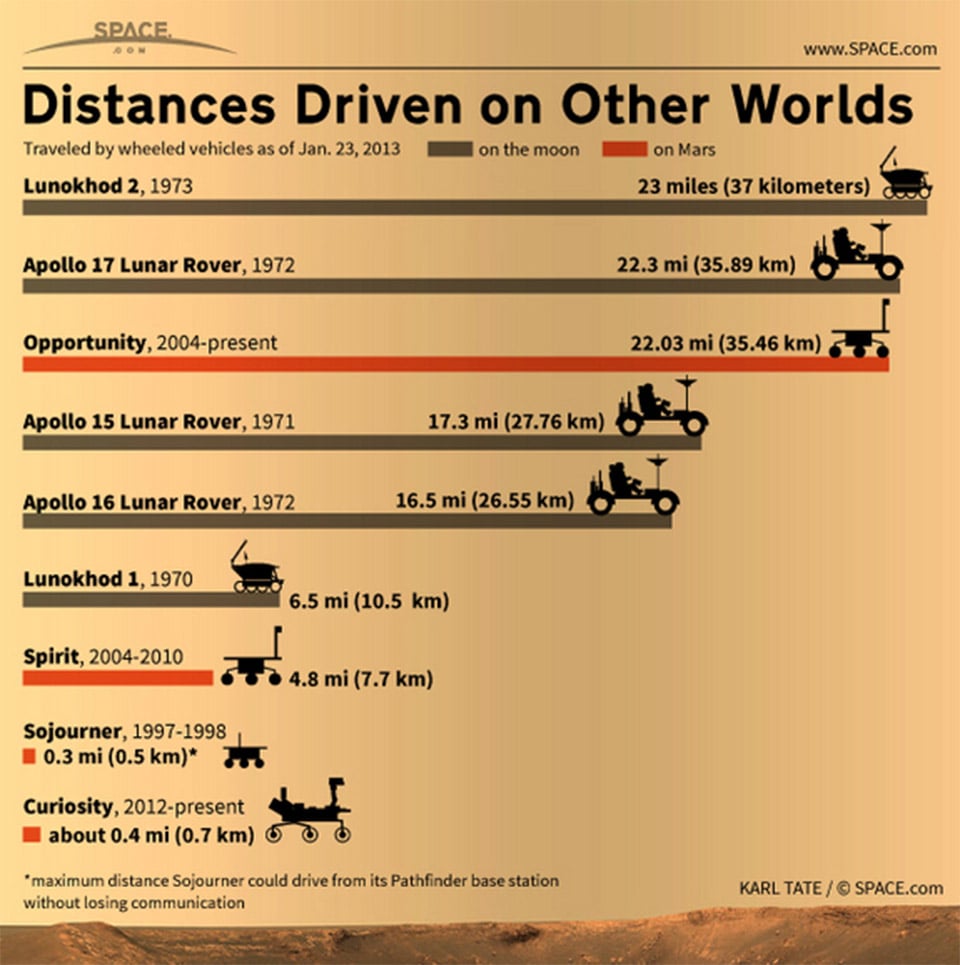 Space.com has updated their infographic showing how far mankind’s vehicles have driven on other worlds. There are only two worlds at this point on which we’ve operated vehicles: the moon and Mars. The longest distance is the Soviet-era Lunakhod 2, which traveled 23 miles on the moon. Lunakhod 2 finally bit the moondust after touching a crater wall, causing the radiators to fill with lunar soil and overheating the rover.

The longest distance traveled on Mars is 22.03 miles by NASA’s rover, Opportunity. Opportunity has been exploring the Martian surface since 2004 and is still going. Keep it up, Opportunity. Beat those darn Russians! USA! USA!