The Battle of Hoth: The Alliance Military Fiasco 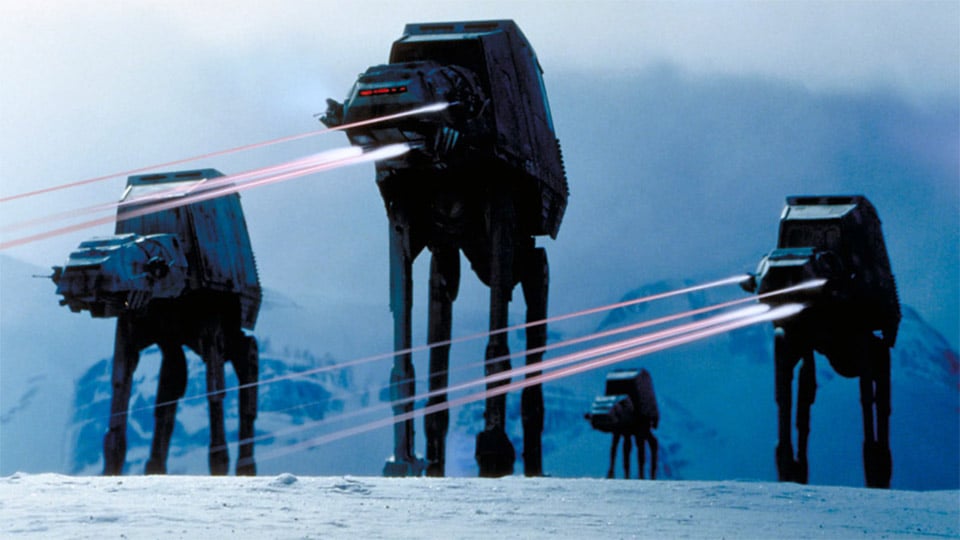 The Galactic Empire begins the ground battle by approaching the Rebel Alliance base from miles away, allowing Luke Skywalker and the rest of the Rebels to coordinate both an evacuation and a defensive attack on the AT-AT Walkers. That’s one of many tactical errors in Darth Vader’s attack on Hoth. Wired magazine provides a detailed analysis of the military fiasco that was the Empire’s battle against the Alliance on the ice planet.

The Alliance begins with a poor location for base, an inhospitable planet with little military protection, and then brings in many of its key members. Yet, somehow, the Empire stumbles repeatedly and can’t pull a out a victory. First, the fleet leaves hyperspace too close to Hoth, somehow successfully takes down the Rebel’s energy shield with no air support, but ends up giving Leia and her cohorts a path to escape. Wired’s analysis looks at the battle beginning with the initial attack from space and the ground assault to the final assault on the Rebel base and the failed blockade.

Vader can’t even stop Han Solo and the others from fleeing despite the fact that the Alliance chooses to escape by flying through the fleet of Star Destroyers. As Leia (Lois) so astutely observed in Something, Something, Something, Darkside: “May I have everyone’s attention please? We’re evacuating into outer space with literally infinite directions in which to flee. However, we have decided that our transports will travel directly towards the fleet of stormtroopers. Any questions?”