Let’s Race to the Super-Mobile! 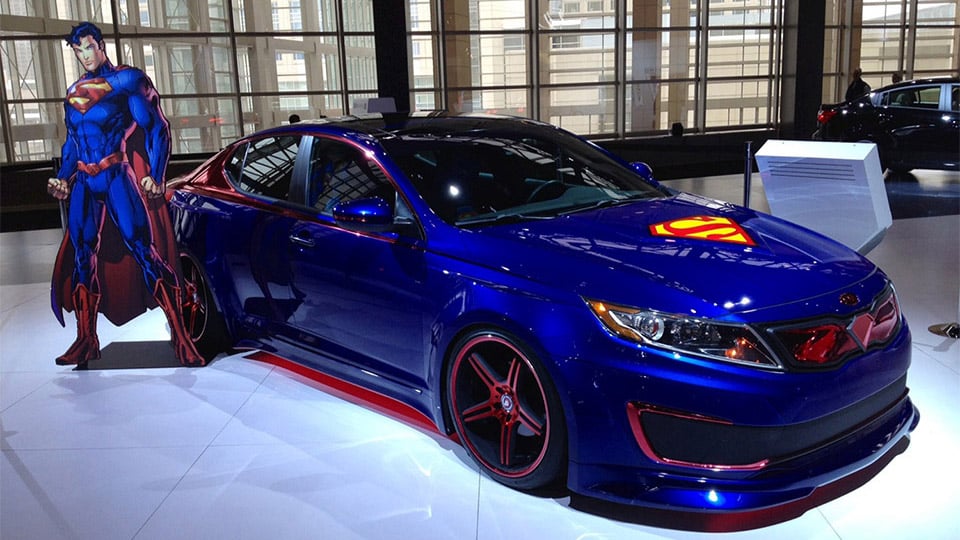 Superman has never needed a car. But, if he did, might just be it. KIA teamed up with DC Comics and designed this incredible Superman Optima Hydrid. The car was built to raise money for the “We Can Be Heroes” charity (thus, the license plate) and was revealed at the 2013 Chicago Auto Show. 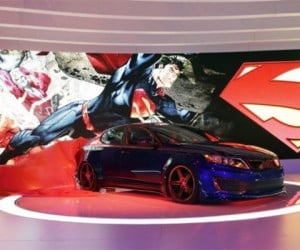 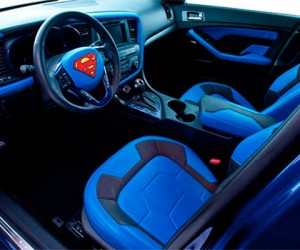 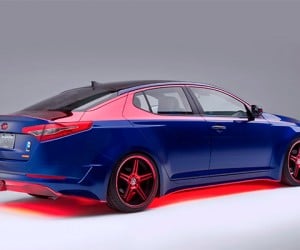 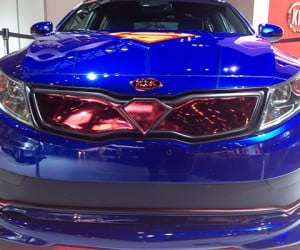 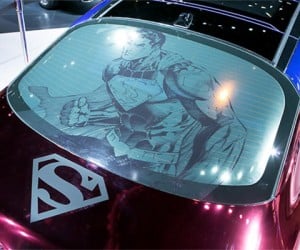 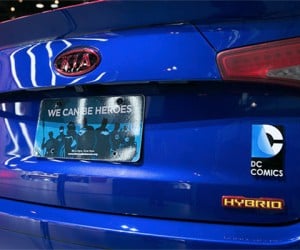 With the red glow under the chassis and the Superman logo on the hood, front seats, and steering wheel, there’s no hiding as you’re cruising through Gotham City in this machine. I’m guessing Clark Kent doesn’t casually roll up to The Daily Planet offices in this baby. Even Jimmy Olsen would finally figure out his true identity.