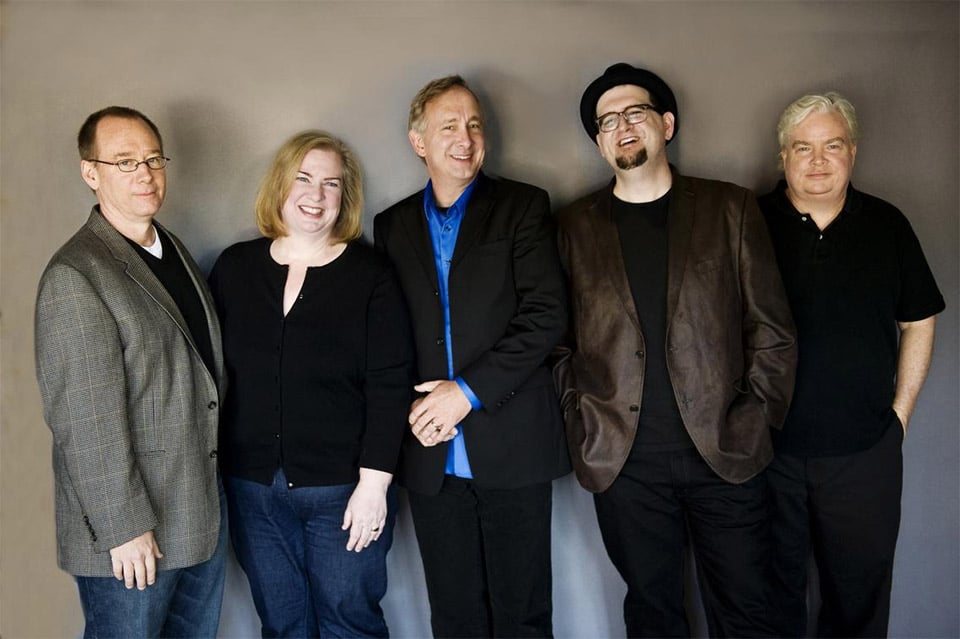 One of the original creators of Mystery Science Theater 3000, Joel Hodgson (pictured on the left, along with the rest of the cast of Cinematic Titanic), appeared on Milwaukee Public Radio’s “Lake Effect” program back in April of 2012. The interview was recently rebroadcast and it’s worth a listen. Hodgson discusses the continued growing popularity of MST3K and his new, live movie riffing show, Cinematic Titanic. The live riffing is much closer to stand up comedy, where many of the original MST3K writers came from, and must be able to reach a much broader audience. Hodgson also discusses his views on sharing video online for free versus the original commercial model of MST3K.

The full interview is available below from WUWM.